How To Get Shoplifting Charges Dropped 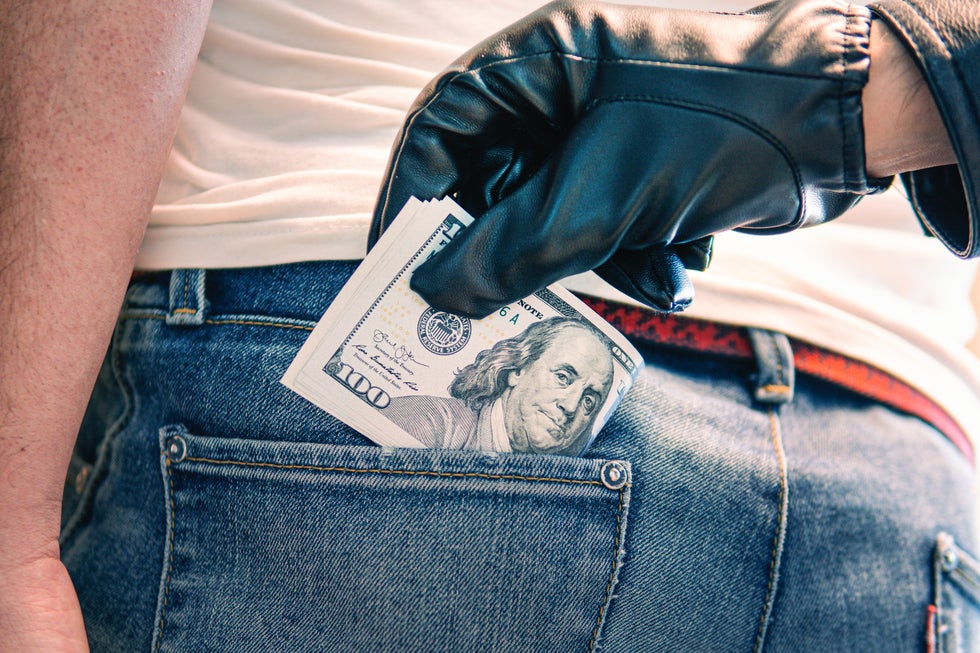 How To Get Shoplifting Charges Dismissed

Have you been arrested for shoplifting or retail theft in West Palm Beach?  A person who shoplifts very often is not thinking clearly at the time of the offense.  Maybe you were having a bad day. Maybe you just made an impulsive decision.  Either way, shoplifting is not the end of the world, but you do need a West Palm Beach shoplifting lawyer to help you navigate the criminal justice system in South Florida.  We can help you to try to get the shoplifting charges dropped.   Contact our office at 561-588-2781 for a free consultation.

Shoplifting or retail theft can be a classified as either a misdemeanor or a felony depending on the value of the items taken.  Florida statute 812.04 states a person commits theft when:

1)      He or she knowingly obtains or uses, or endeavors to obtain or to use, the property of another with intent to, either temporarily or permanently:

(a)    Deprive the other person of a right to the property or a benefit from the property, or

The criminal justice system requires the state attorney to prove the defendant committed a theft occurred beyond a reasonable doubt.

What happens after I am arrested for shoplifting in West Palm Beach?

In Palm Beach County, police officers typically issue a Notice to Appear in court to the defendant in lieu of a physical arrest.  A Notice to Appear is a document that requires a defendant to be in court for an Arraignment.  The judge will issue a bench warrant for the defendant's arrest if he or she does not appear for the Arraignment.  We can handle the Arraignment for you so that you do not have to appear. At the Arraignment we will speak to the prosecutor and enter a plea of Not Guilty for you. After the Not Guilty plea, we will get another court date for you. This court date is called a Case Disposition.  Your court case will continue until it is either dismissed or resolved by a plea or a jury trial.

I have never been arrested before, is it easier to get my shoplifting charge dropped?

Is shoplifting or retail theft a misdemeanor in West Palm Beach?

Is shoplifting or retail theft a felony?

Shoplifting or retail theft is a third-degree felony when the value of the stolen items exceeds $750 but is less than $20,000.00. Third degree felonies are punishable by up to five years in state prison, five years of probation and a $5,000.00 fine.  Additionally, a person who has two prior petit theft (including retail theft) convictions commits felony retail theft regardless of the value of stolen property.

Shoplifting can happen at any store, but it often occurs at Walmart, Home Depot, Lowes, clothing stores and department stores.  If you have been arrested or given a notice to appear, you will not be allowed to return to the store.  Returning to the store can result in your arrest for trespassing.

Can I get my shoplifting charge expunged or sealed in Florida?

What are the defenses to shoplifting or retail theft in Florida?

The statute for shoplifting in Florida requires the defendant to have the intent to temporarily or permanently deprive the owner of property.  A defendant who simply forgets to pay for an item, if believed by a jury, cannot be guilty of theft. For example, a person who forgets to pay for items at the bottom of a shopping cart does not commit theft. Additionally, a person who forgets to scan items at a self-checkout is not guilty of theft. The value of the property must also correspond to offense level.  For example, a person is not guilty of felony theft if the value of the property is less than $750.00, unless he or she has multiple prior theft convictions.

Penalty for shoplifting at a mall

Were you caught shoplifting at a Palm Beach County mall? Shoplifting arrests or notices to appear can be issued by police officers at Town Center Mall, Boynton Beach Mall, The Gardens, Palm Beach Outlets or any of the other malls in Palm Beach County.  These retail thefts are aggressively prosecuted by Palm Beach County State Attorneys, because these are offenses punishable by up to one year in the Palm Beach County jail.  Shoplifting offenses at malls are very common offenses throughout Florida and the United States. It is important to take these charges seriously, because failure to do so can have an impact on your school, job and future.  Florida law actually allows the judge to suspend your license for a theft crime.

What can a West Palm Beach shoplifting attorney do for me?

We will aggressively negotiate with the Palm Beach County prosecutor to try to get your shoplifting charge dismissed. We have been highly successful in getting theft cases dismissed for first-time offenders in Palm Beach County.

We represent people who have been accused of shoplifting at malls who live in Delray Beach, Boca Raton, Palm Beach, Boynton Beach and surrounding areas.

Can my shoplifting charge be dismissed?

Call Bottari & Doyle, P.A. to speak to a West Palm Beach shoplifting attorney at 561-588-2781 for a free case review – we will be able to tell you if your charges can get dropped through participation in the Palm Beach or Broward county diversion program.