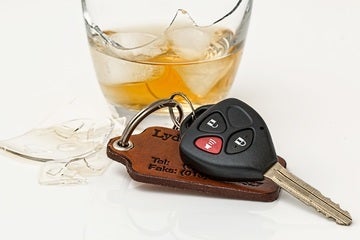 Boynton Beach is just north of Delray Beach and south of West Palm Beach. It is known for its beaches, especially OceanFront park and Boynton Harbor Marina. It has many new condos and restaurants such as One Boynton and Sweetwater.  With beaches, nightlife and restaurants, DUIs are common in Boynton Beach.  A Boynton Beach DUI will typically start in the Delray Beach Courthouse. This is located at 200 West Atlantic Avenue in Delray Beach. If you were arrested for DUI, you were likely given a DUI citation that shows your court date and time. This court date is known as Arraignment. It is the first court date on your case. We can help you with your Boynton Beach DUI, because our office is in Delray Beach.  It is down the street from the courthouse.  We regularly speak to the DUI prosecutors who will handle your case. Contact my office today for a free consultation at 561-588-2781.

A person arrested for DUI often has little or no criminal record, and in many cases the driver arrested simply made a mistake. People make mistakes, but mistakes do not have to ruin a person's life. Other times, the arresting officer was wrong, and the person actually wasn't drunk or under the influence. DUI convictions carry several minimum mandatory penalties, and adjudication cannot be withheld. This means that any person who enters a plea to a DUI charge, or who is found guilty at trial by a judge or jury must be convicted. Convictions make it impossible to have your record expunged. It is imperative for anyone charged with DUI in Boynton Beach to retain an experienced DUI lawyer who is capable of exploiting weaknesses in the prosecutor's case.

What happens to me if I am convicted for a first-time DUI in Boynton Beach?

A person found guilty of a first DUI must at minimum:

What happens to me if I am convicted for a second-time DUI in Boynton Beach?

What happens to my license after a DUI arrest in Boynton Beach?

If you do not take the appropriate action, your license will get suspended 10 days after the arrest. We can help you by making sure you get a hardship license to drive to and from work and school. If you do not act within 10 days, you will lose the ability to drive legally. Driving on a suspended license is never a good idea, and it's one of the most common DUI mistakes that can lead to serious consequences.

How can I defend a Boynton Beach DUI charge?

If you have been arrested for DUI in Boynton Beach, call our office today at 561-588-2781 for a free consultation.

Can you get a DUI while parked?

Should I take the breathalyzer test?

Can I Get a DUI on private property in Florida?

Can my DUI be reduced to reckless driving?