Should I take the breathalyzer test for a DUI in Florida? 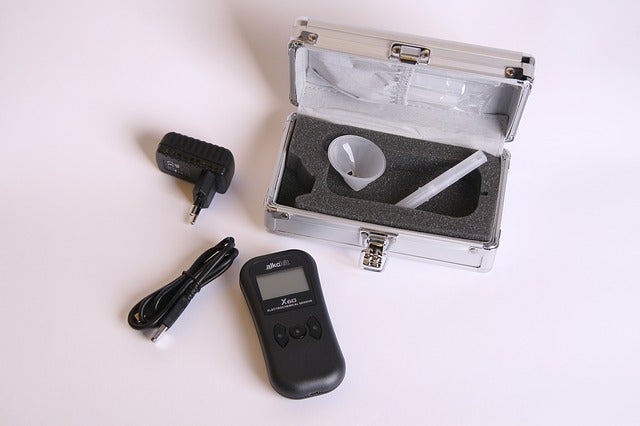 This is a commonly asked question to DUI attorneys. The answer, yes or no, depends on the facts of your case.

First it's important to understand how a DUI breath test works. The breathalyzer machine is called the Intoxilyzer 8000. The machine must be maintained, calibrated and operated correctly or the readings can be unreliable. In some cases, eating, drinking, chewing, burping or vomiting prior to giving breath samples can taint the readings. Occasionally, dental work such as dentures may also taint the readings. Before giving breath samples, a police officer must watch the person for a period of twenty minutes to ensure that none of these things occur.

How does the prosecutor prove that I was driving under the influence?

What is Florida's Implied Consent Law?

Florida Statute Section 316.1932 is Florida's Implied Consent law. The statute basically states that any person who is lawfully arrested for driving under the influence must take the breath test or be penalized with a license suspension. Additionally, the officer can ask the driver to take a urine test. A driver who refuses to take a test must be told that refusing to take a breath, blood or urine test will cause their license to be suspended for one year if this is their first refusal and 18 months if this is their second refusal. A second refusal is a first-degree misdemeanor.

What is the legal breath alcohol limit in Florida?

Why should I take a breath test for DUI in Florida?

The obvious answer would be if you know that your breath limit would be below .08 grams of alcohol. This would prevent an administrative driver's license suspension, assuming you submitted to a urine or blood test if requested. Additionally, a driver who has previously refused a breath test would be committing a crime by refusing for a second time. The crime is refusal to submit to testing and is codified in Florida Statute Section 316.1939. A refusal to submit to a breath, blood or urine test for the second time would result in a driver's license suspension of 18 months.

Why shouldn't I take a breath test for DUI in Florida?

Without breath results, the prosecutor has a harder time proving that you were driving under the influence of alcohol. This is because the prosecutor will now have to prove to a jury beyond a reasonable doubt that your normal faculties were impaired. Normal faculties include, but are not limited to: walking, talking, seeing, hearing, judging distances, making judgements, driving an automobile, acting in emergencies and in general performing the mental and physical functions of daily life. The prosecutor will rely on the testimony of the arresting officer. The officer will testify to your driving pattern (swerving, speeding, weaving), performance on field sobriety exercises (walk and turn, one leg stand, alphabet test), and his or her observations of your appearance (slurred speech, bloodshot/watery eyes, odor of alcohol) to prove that your normal faculties were impaired.

However, many sober people do not perform well on the sobriety exercises. We do not do those exercises in normal everyday life. Additionally, the officer expected you to do well on tests when you were auditioning for your freedom. You go to jail if you do not pass the tests. This will obviously make a sober person extremely nervous when performing the exercises. Finally, some people just have bloodshot/watery eyes. Bloodshot/watery eyes can be caused by allergies. Regarding poor speech, the officer does not know how you speak because he has never met you prior to that night. As you can see, these are persuasive arguments to a jury.

What else does a jury hear at a DUI trial?

Prior to the jury deliberating on a guilty or not guilty verdict, the judge will orally recite and provide a written copy of these DUI standard jury instructions.

There are many possible reasons why someone may fail a breath test for DUI.

If you have been arrested for a DUI anywhere in South Florida due to a failed breath, blood, or urine test, do not give up. Depending on the facts of your case, we may be able to get the charges dropped or reduced to a lesser charge, like reckless driving. The experienced DUI defense team at Bottari & Doyle has the knowledge and tenacity to fight for you and achieve the best possible outcome for your case – contact us today for a free case review.