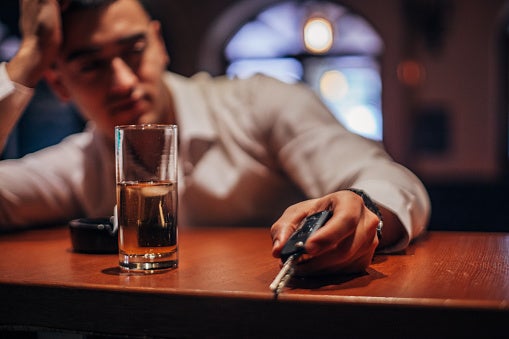 South Florida is a major destination for fun, nightlife, restaurants and going to the beach. The nightlife in Fort Lauderdale at Riverfront, Las Olas, the Seminole Casino provides easy access to alcohol.  Due to South Florida's party atmosphere, a lot of drunken driving occurs here.  Those who come to us on DUI charges are certainly not hardened criminals. The majority of the time, they have just suffered a lapse in judgment. DUI charges should be taken seriously since the consequences of being found guilty are severe.  When you hire a lawyer for dui, we can do a lot of the work for you by going to court, completing legal documents, and talking to the state attorney so that you don't have too many disruptions in your life.  One of our goals is to make this process as easy as possible for you and to answer all of your questions.

Dan Bottari has represented clients on over one hundred DUI cases and has defended clients in DUI jury trials. Not every lawyer has experience with DUI cases. DUI cases are a complex area of criminal law that requires understanding of Florida's DUI laws.  This is not the time to hire a general practitioner.

Social Proof: Our Clients are Happy!

We have over 45 Five-Star Reviews on Google!

This is what one of our client's had to say regarding his DUI case:

"Frantically on a Saturday afternoon, I knew I needed a lawyer and sooner than later. After speaking with 3-4 which I was surprised picked up my call on Saturday, they walked me through how they would help and answered my desperate questions. Understandably I got myself into this situation and now I needed help to get out.  It was helpful to gain understanding but in what I hoped they would be able to more at less simplify and put me at ease and that I never felt. Thankfully Daniel Bottari answered my next call.

The whole process from start to finish with Bottari and Doyle was seamless and they (Dan in particular) went above and beyond.

I would highly recommend anyone and everyone to seek out there services. They were willing to help me any day and time that I needed them. I was able to learn that this process does not need to be anymore difficult or painful if you have the right help.

Thank you all a hundred times over!" - Derek J.

Should I hire a lawyer for South Florida DUI?

Yes, DUIs are more than just traffic violations.  A first DUI conviction is punishable by up to 180 days in jail, a suspension of a driver's license, fines, and costs. As criminal defense attorneys, we represent people who have been charged with DUI throughout South Florida. We attack DUI cases by doing the following:

Why is a South Florida DUI so serious?

A first DUI conviction for a South Florida DUI will cause you to lose your license for at least six months. Additionally, the DUI statute allows a judge to sentence a DUI offender to up to six months in jail for a first DUI offense. The jail time is more serious if the offender has multiple DUIs. You will also be required to serve a minimum six-month county probation sentence where you will be under the supervision of a probation office.  There are fines, court costs, mandatory community service and a vehicle immobilization period for a DUI.  Finally, your insurance rates will drastically increase, and you will be required to purchase special insurance.

Where do DUIs occur in South Florida?

A DUI can occur at any time and at any place. South Florida residents and tourists are commonly arrested for DUI on some of the following roads.  Our South Florida dui lawyers are very familiar with the following roads.  Having knowledge of the speed limits and traffic laws may be important in getting your DUI case dismissed through a legal procedure called a motion to suppress.

I'm guilty, why do I need a lawyer?

If you are guilty, then you definitely need a lawyer! The prosecutor is not looking to do you any favors. Our dui lawyer knows how to attack DUI cases by looking for weaknesses in the State's case against you. Maybe the officer pulled you over for no reason, or perhaps he or she didn't have probable cause to arrest you for DUI. These are just some of the many ways to get a DUI case dismissed.

Contact our office for a free fifteen-minute consultation at 561-588-2781 to see if you qualify for us to represent you on your DUI case.

Can I watch the police officer's video footage of the traffic stop?

Yes, any video that the officer took of your DUI arrest is provided to the DUI attorney representing you on your case. The prosecutor must turn over any evidence that he or she intends to use at trial. This would include any body cam footage or dash camera footage regarding your performance on roadside tests, observations of you and the officer's footage of you in the backseat.  We review the videos to look for holes in the prosecutor's case against you to try to get the case dismissed.

I was arrested for DUI, what happens to my license?

If this is your first offense, we can help you to obtain a license from the bureau of administrative review that will allow you to try for work purposes.  This license is called a hardship license. You have to request this license within ten days of your arrest. Otherwise, you will have to wait at least 30 days to receive a hardship license.  We can help you to get this license.  Dealing with the staff at the bureau of administrative review on your own can be very difficult and time consuming.

I am a professional, will a DUI affect my license?

Florida law has mandatory reporting requirements for professionals who have been convicted of DUI. This means if you are convicted of DUI, you will be required to report the offense to your licensing board.

If I posted a bond to get out of jail, when will I be able to get my cash bond back?

Generally, people arrested for DUI are released from jail without having to pay any money. Sometimes, a judge will set a bond. This is the amount of money you have to pay to leave jail. Upon completion of the case, it is returned to you.

I refused the breath test, does that mean my DUI goes away?

I wasn't drinking, but I took prescription pills, can I still get a DUI?

If the officer suspects you are under the influence, they will arrest you.  The officer can arrest you for DUI if your normal faculties are impaired by a contrrolled substance. It does not matter that the medication was legally prescribed by your doctor. Driving under the influence of prescription drugs carries the same penalties as driving under the influence of alcohol. A prescription drug DUI charge can be defended in similar ways to DUI charges involving alcohol and illegal substances, including fourth amendment challenges, cross-examining the arresting officer, and putting other legal arguments forward.

Can I get a DUI for driving after smoking marijuana?

Anyone who is under the influence of marijuana to the point that their normal faculties have been diminished can be arrested for driving under the influence in Florida. It does not matter if you have been prescribed a medical marijuana card. This is very similar to people who have been prescribed controlled substances (Xanax, Alprazolam, Vicodin, Valium, Codeine, Oxycontin). A person cannot take these prescription drugs while impaired by them. In the event that you possess a medical marijuana license, you should recognize that you will be punished as severely as someone who is charged with driving under the influence of alcohol. An experienced dui lawyer can explain to you all the circumstances surrounding your arrest and give you the best defense strategy to fight your marijuana dui charge.

DUI due to marijuana is punishable by probation, possible jail time, loss of driving privileges, community service, vehicle impoundment, and participation in a victim impact panel. You should take this charge seriously. Furthermore, if you have a prior DUI conviction or multiple DUI convictions, you may be charged with a felony.

How can your South Florida DUI Attorney help me?

We will help you by: