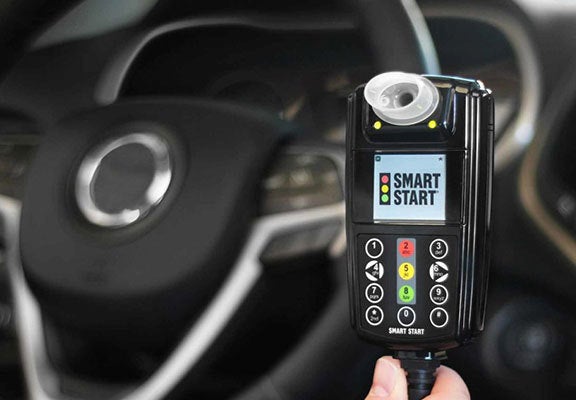 The law in Florida mandates ignition interlock devices for drivers convicted of repeat DUIs, drivers who blow over twice the legal limit (0.15), and in other instances. Regardless of how or why you were arrested for drinking and driving, if you've been charged with DUI, you should consider speaking to an experienced South Florida DUI lawyer who understands Florida ignition interlock laws.

What is the Florida ignition interlock program?

The ignition interlock device (IID) program affects certain persons arrested and convicted of DUI after July 1, 2002 once they are eligible for a reinstatement of their driver's license. An IDD may also be required when a driver convicted of DUI applies for a hardship license for work or business purposes. If you are eligible for one, the driver license will be issued with a “P” restriction which means that an ignition interlock device is required in order to operate the vehicle.

How does an ignition interlock device work?

The ignition interlock device is basically an in-car breathalyzer that hooks into your car's ignition/starter system. The device is composed of two parts – a handheld piece with a mouthpiece that you blow into, and an electronic control unit which is physically connected to the car's starter. The idea is that each time you go to start your car, the device will communicate your breath alcohol content (BAC) to the car. If the device doesn't detect any alcohol, the car will start as it normally would. However, if the IID detects even a slight trace of alcohol, it will prevent your car from starting.

When is an IID required in Florida?

Section 316.193 of the Florida Statute requires an IID be installed in the vehicles of certain persons convicted of DUI and also meeting the criteria below:

First Conviction if BAL is 0.15 or above, or minor in car ……  Required at least 6 months

Second Conviction if BAL is 0.15 or above, or minor in car … Required at least 2 years

I failed one test on my interlock device. What are the consequences?

What happens after failing an interlock test in Florida will largely depends on the terms set by the court after your DUI charge. At worst, you're likely facing another trial for DUI. At best, the test might get thrown out, or the court could opt for less severe penalties such as fines, community service, or an extension of your restricted driving period. Keep in mind – one failed interlock test may not be the end of the world. While these devices rarely have false positives, an illegitimate reading can be triggered by mouth wash, cough syrup, or other reasons. If you are confident that you have not had a drop of alcohol but the device is saying otherwise, simply rinse your mouth with water and wait the required time for a retest. In Florida this is 5 minutes. Make sure to take the retest! By passing the retest, the device will note that the first recorded failure was just latent alcohol. Failure to take and/or pass the reset will result in a violation.

Can other people drive my car with an IID in Florida?

Even though you may be trying to do the right thing by asking a friend to drive, the new driver will still be required to blow on the IID to start the car, so if they have been drinking, then a negative reading will affect you directly. While some devices have cameras that verify the user, you are still responsible to make sure whoever is driving your vehicle is not intoxicated. As long as the other person has not been drinking and they use the device correctly, they should be able to blow into the device and start driving the car.

Get a DUI lawyer for an interlock violation in Florida

If you have recorded a failed interlock test on your ignition interlock device, it's in your best interest to quickly contact a DUI attorney and discuss your options. The top-rated DUI attorneys at Bottari & Doyle have years of experience working with the courts, judges, and DMV to get the best possible result for our clients. If you are facing an interlock violation anywhere in Broward, Palm Beach County, or anywhere in South Florida, call us today for a free consultation at 561-588-2781.